Arranged, directed and delivered lectures to young and old baalei teshuva in association with Arachim, Irgun Avrechei Italia, and Zehut. Spearheaded and successfully opened the first kollel in (Milan) Italy


Performed as featured cantor and with others, in various cantorial concerts within USA ,CANADA ISRAEL and ITALY. Also performed on RADIO & TELEVISION in both the USA, CANADA and ISRAEL Performed for the Israeli Ambassador in ROME and at the PICCOLO TEATRO in MILAN, a World famous theater where great singers of the opera performed including Luciano Pavarotti and Placido Domingo. Interesting enough, he is known to “mevinim” as the “JEWISH PAVAROTTI” due to the similarity of the timber of the voice.
Produced and performed in five Internationally acclaimed, Jewish music albums:

Cantorial Council of America
Council of Hazzanim of Greater Montreal 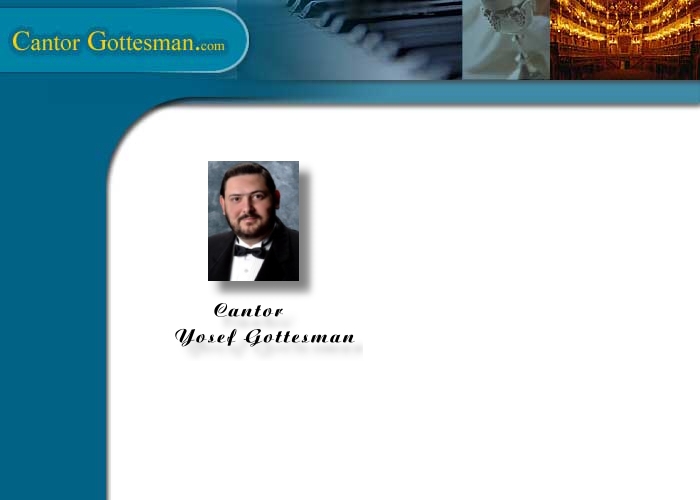 Objective: A senior position in a religious institution or synagogue, drawing upon my extensive background as Cantor, along with any required support services.